The debate has been raging for weeks now about which is better, ITV’s Britain’s Got Talent or BBC’s The Voice. After many controversial comments and rating comparisons I decided to share my opinion. 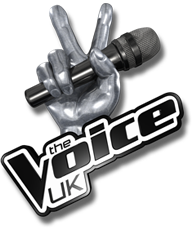 When The Voice started I didn’t know what it was about. Somehow I had managed to miss the hype and didn’t know what to expect. Admittedly, I did like the concept of the blind auditions, as it made a nice change to have people judged on their raw talent rather than their looks or their sob stories (although many of the contestants still have them!) I also liked the way that the contestants were able to pick their own mentors, as it really allowed them the freedom to pick the person that they felt would be able to offer them the best guidance; something which is chosen for them on shows like The X Factor. So in general I quite enjoyed the audition rounds, and the only hang up I had about them was the fact that you had to be ‘invited’ to them. By going out and hunting for the talent, the show is effectively controlling and pre-determining the level of talent it will host. This is brilliant for the people who get picked, but what about all of the talented people that they miss? This is something that the ITV counterparts accommodate for, by allowing people to audition freely. Admittedly, there are several rounds before that acts even get to perform for the judges, but it is nice to think that people don’t have to be ‘recognised’ before they can take part.

Once the auditions were over I wasn’t sure what The Voice would do next to continue differing from the ITV shows. I found the battle rounds slightly boring, as, with having selected the best singers, and allowing the judges to couple the complimenting voices together, the show was almost like a string of duets, and several cases it was obvious which act the mentor would choose before they had even started singing. Once the number of contestants had been halved, the real performances started taking place, which are always extraordinary performances, but are then marred by the bickering of the mentors. There are often complaints of the use of dancers, when they say they are judging voices, but essentially the role of a singer involves putting on a show, rather than just singing. The two teams singing on alternate weeks seems to be dragging the show out, but the main advantage the show has over the ITV ones is that it doesn’t take twenty minutes to get to the results! I’m not sure how The Voice will progress as it moves toward the final but it will be interesting to find out.

Britain’s Got Talent, on the other hand, hosts a variety of talents – and not-so-talents. I’ll admit that I am quite a fan of 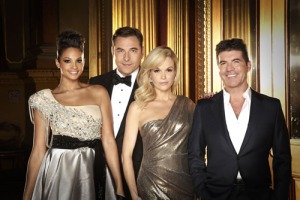 the audition rounds simply because of the hilarity and sometimes cringe-worthy auditions. When watching The Voice, you only see incredibly talented singers, and miss out on the acts that aren’t so fantastic, but are highly entertaining. It is also a wonderful opportunity for people who aren’t singers, as any talent can take part. Sometimes it is fascinating to see such unusual acts that are really spectacular, and these acts would go unnoticed without the show. I also like that fact that Britain’s Got Talent is a lot more light hearted than The Voice. The judges (particularly David Walliams) are often cracking jokes or dancing around and having a good time, unlike the competitive atmosphere between the judges on The Voice. Although Britain’s Got Talent may steal our TV screens for a week, the competition is less draw out, making it more intense and addictive. The quality of talent has been so high this year, it is impossible to judge who will be making it through to the final each night!

I feel that in general I am swaying towards Britain’s Got Talent for my favourite of the two shows, but if I were to compare The Voice with The X Factor my alliance may lie with The Voice simply because it offers something different. I like the variety and light-heartedness of Britain’s Got Talent, and the fact that the show isn’t trying to appear so serious, but understands that its purpose is to entertain, as well as uncovering talent. I will watch both series until the end to see if my opinion changes, but for the time being, I find Britain’s Got Talent the more entertaining programme. I would love to hear other opinions if you have any to share!