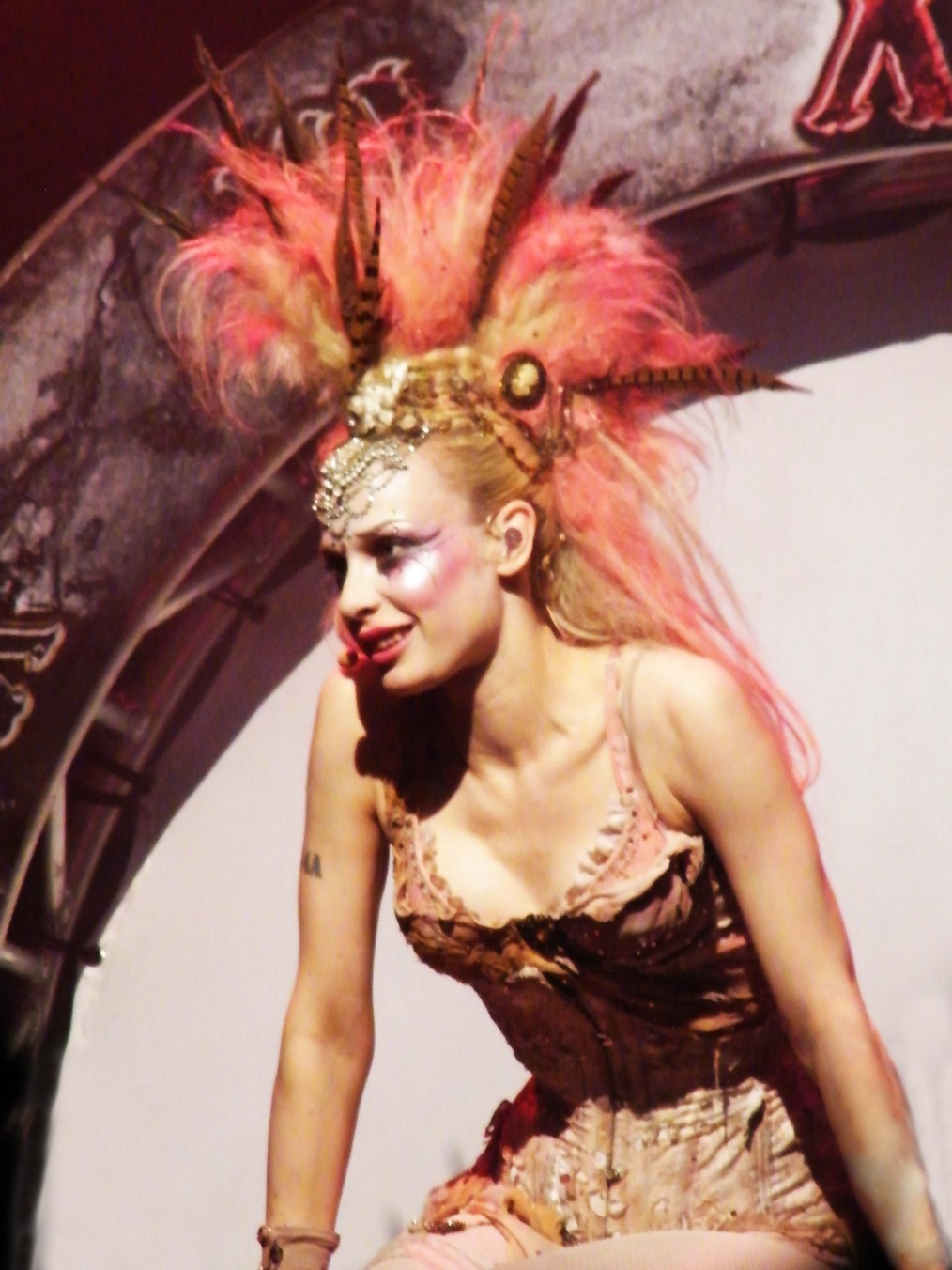 On 14th April I made my boyfriend undertake the two hour drive to Manchester just to see Emilie Autumn in concert. For those of you who are unfamiliar with Emilie Autumn, she is an American musician unlike any other. Her music, which has been classified as ‘gothic industrial’ is a spectacular explosion of strong beats and deep (sometimes screamed) lyrics.

The first thing anyone will notice about an Emilie Autumn concert is the wonderful and somewhat bizarre style of dress – and that’s just the audience! It’s true that the fans appear of the ‘alternative’ kind, but when you begin to look at the people who are there it is amazing to see a collection of people ranging from fourteen to the over-forty’s from across a wide distance, from all different backgrounds. It is one of the few places where such a wide range of people all gather together because they are incredibly passionate about the same thing.

Once the show starts, you cannot help but be blown away by the large props and glittering (and revealing) costumes. Everything is adorned with sequins and diamantes and is designed to show as much skin as physically possible. EA and her band of ‘Bloody Crumpets’ assume dramatic and memorable characters so that every minute between songs is filled with a pantomimesque stage show. If that wasn’t enough, the audience is also treated to burlesque routines as well as numerous other circus-style tricks involving fire and stilts.

So after a whirlwind ride of two hours of none stop singing, dancing and performing the audience is left breathless. At the price of fourteen pounds per ticket you get everything from a musical performance to a circus show, with world class violin playing and a harpsichord thrown in for good measure. Although most people take an instant dislike to the music, after a few listens you will be hooked! No matter how well known, no musician can meet the unbelievable experience Emilie Autumn’s shows have to offer!

Roll on the next EA tour!

It was nice to stretch out after Christmas with a #yoga session and put all of my new yoga gear to use!
Me and @jamesmcroft have #christmaseve sorted!
One quarter of the way through my advent calendar and @jamesmcroft knows me so well! To go with my adventure joural I have a pen, reusable metal straw, lavender bath bomb, ceramic Christmas decoration and yoga pose cards. I can't wait to see what the rest of the month brings! #adventcalendar #adventcalendar2019 #advent #christmas #christmas2019
Making the most of my Christmas do curls and bringing them to work today! #curls #christmas #monday #happymonday
Someone is feeling festive! . . . #cats #cat #catsoninstagram #catsofinstagram #christmas #christmascat #littlemissdaisy
It's @jamesmcroft turn this year to fill the advent calendar with gifts for me. He's off to a good start, day 1 is this cork adventure journal. I'm looking forward to our future adventures to plan in here! #adventcalendar #adventcalendar2019 #adventure #adventurer #adventurejournal